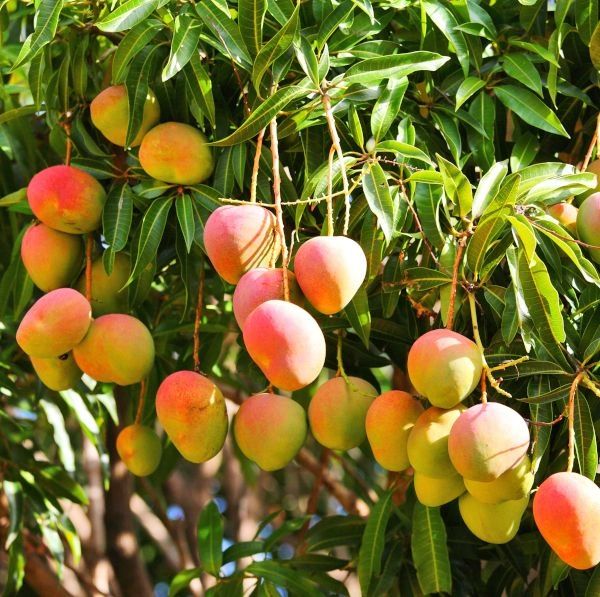 A shining sun emitting rays of tangy flavor.
Evolving with the seasons,
packaged in green, red, and yellow skins.
Color blind.
Tears from a tree
sliding past the cheeks of leaves.
Green drops of paradise
awaiting sweet discovery.

Slice open a mango
and you'll never fear the dark.

Mother fetches the fruit from the mango grove
behind closed bamboo.
Rips its paper-leather cover during midday recess,
before English class, describes their dance peaches plums cantaloupes before my first-world  eyes. When the sun blazed on the dust,


she let the mellifluous fluids
fall on her assignment books.
Where the mangos were first planted, mother,
an infant, hid under gravel swaddled by Lola, my grandmother,
after my mother’s aunt and uncle were tied to the trunk
and stabbed
by the Japanese. Mother and daughter living off fallen mangos, the pits planted in darkness, before I was born.


We left the Philippines for California dodging
U.S. Customs with the forbidden fruit, thinking who’d deprive mother of her mangos.
Head down, my father denies that we have perishable
foods, waving passports in the still air, motioning for us to proceed towards the terminal.
Behind a long line of travelers,


my sisters surround mother
like shoji screens as she hides the newspaper-covered
fruit between her legs. Mangos sleeping in the hammock of her skirt, a brilliant batik billowing from the motion of airline caddies pushing suitcases on metal carts.


We walk around mother
forming a crucifix where she was center.
On the plane as we cross time zones, mom unwraps her ripe mangos, the ones from the tree Lola planted before she gave birth to my mother,


the daughter that left home to be a nurse
in the States,
who’d marry a Filipino navy man and have three children of her own. Mother eating
the fruit whose juices rain over deserts and cornfields.